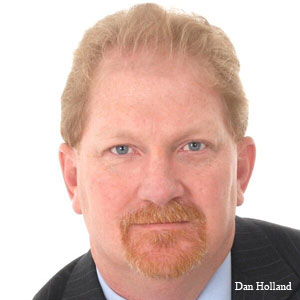 Let’s begin by acknowledging a simple reality: when it comes to the role of the CIO, much of that exists today will likely exist in the future. The enterprise systems, process and governance challenges, business to IT alignment issues, project risks, and other major etceteras that CIOs presently grapple with may change slightly in appearance, but their cores will remain hard and fast. But something new is on the horizon: a trend that can create immense incremental enterprise value. This trend is the Enterprise Digital Democracy (EDD) –the drive by individuals, functions and business units to control their digital future. Over the last decade, attitudes toward technology have changed. Blame it on the Internet, smart phones, simple to use apps, ubiquitous Wi-Fi, abundant bandwidth (or any combination of those), but people are more comfortable with technology than at any time in history. Couple this with people’s propensity to share, decreased concern for privacy, expectation that “there is an app for that,” along with our increasingly 24/7 online society, and you have a recipe for a digital democracy. As Millennial become the majority of the employee base, the flames of the democratic fire should really burn bright. Many in this workforce were introduced to technology in the cradle; they are beyond competitive advantage. It will also help maximize the creativity, knowledge sharing, and learning capacity of a more satisfied workforce

• Poorly executed, an EDD may unleash pockets of value, but will more likely lead to oppressive level of complexity, costs, risks and an overall gap to the organization’s total value potential.

• With their enterprise-wide perspective, knowledge of business processes and technology, and their ability to understand the true value and costs of technology investments, the CIO is in the best position to unlock value for the entire enterprise. CIOs are also experienced in rolling out new enterprise solutions in a pragmatic and safe fashion.

• Digital brings with it a first-mover advantage and many in your organizations will want to take advantage of that. Moreover, many new solutions will make their day-to-day jobs easier. If the CIO does not lead, the employees of the company will likely move forward on their own.

“If properly executed, an EDD can reinvent businesses on the fly, create tremendous economic value, and foster defensible competitive advantage”

There will be many drivers spurring the world to a more digital democratic state within the aerospace arena. Following are four that CIOs should consider building into their strategic plans:

CIOs and IT personnel in general are novice when it comes to UX. Strategies are needed to make UX a core competency of the IT department so that the digital tools they deploy give the users the clarity and consistency they have grown used to and expect, else people will look for alternatives and in the process could unintentionally undermine a broader agenda.

As demonstrated by the calculator, cell phone, laptop or tablet, once a device becomes both inexpensive and mainstream it starts to invade the workforce. Many predict the same fate for 3D scanners and 3D printers. To us, however, one new technology looks fairly certain to take off — virtual reality (VR). VR is finally at a price-point that is affordable to the broad software development community. Soon, it should be at a price point that strongly appeals to the middle class. Already it is beingused in the aerospace industry to increase salesforce effectiveness. Most CIOs do not have a strategy for VR—a potentially disruptive technology within the next three to five years. It would be prudent to start determining the valuable applications of VR, the associated investments, along with the governance to control it.

As computing power grows and AI engines improve, we can expect to see much more sophisticated AI view technology not as a way to standardize enterprise business processes, but as a tool to consistently reinvent the way they work. While the EDD should provide enterprises with a connectedness, ease of use, and level of insight far greater than what’s currently typical, the benefits are not without some big potential issues. One major concern is that within many organizations, there are individuals–often acting in small collectives–who are actually blazing the initial digital enterprise trails ungoverned. This is not only risky from a security standpoint, but it also can lead to substantial sub-optimization and a destruction of value the enterprise could potentially realize. Given the aforementioned, what is today’s aerospace CIO to do? We feel strongly that CIOs need to steward the organization’s shift to this new world now through strategic planning. Our reasoning is simple: 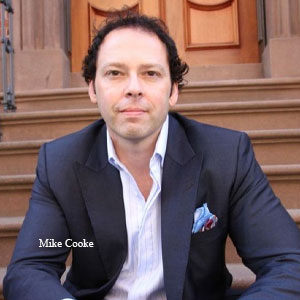 • Properly executed, an EDD can reinvent businesses on the fly, create tremendous economic value, and foster defensible and the migration of the worker away from the routine. AI will likely extend across all functions–imagine an HR AI to maximize knowledge worker productivity, or a marketing AI that constantly evaluates marketing ROI and adjusts spend mid-stream. Within the aerospace industry, AI could result in significant advances in engineering, materials, and manufacturing. Unlike VR, wide-spread AI does not seem imminent. However, a decade from now, people might look back and be amazed at how far AI had progressed. Aerospace CIOs should monitor AI over the next few years, and start planning for pilot applications–particularly those related to research and development, and engineering.

With an EDD and its open digital environment comes the increased threat of cyber-security incidents. This is especially true in the already aggressively attacked aerospace industry where technological depth is a critical competitive differentiator, and in some countries a source of national pride. Fortunately, most aerospace companies are highly cognizant of the need for cyber-security and have safeguards in place. The key point for the CIO is to remember the digital world is getting larger, and the amount of monitoring and control you will need to exercise will only increase. Thus, CIOs should not rest on their laurels; instead view cyber-security as a core capability that should require additional investment. In closing, an EDD could offer material increases in market capitalization while also improving employee satisfaction. We believe that the CIO is well-positioned to help steward the creation of this new way of working. While most CIOs may not have thought of digitizing the enterprise as a democratic movement, by viewing it through that lens, they can help clarify a pragmatic roadmap for the company and take the lead in driving the EDD promise.

Transformation to Fit an Agile Future

Challenges Over The Past 18 Months

Security Architecture In Theory And In Practice: Why Security Should...